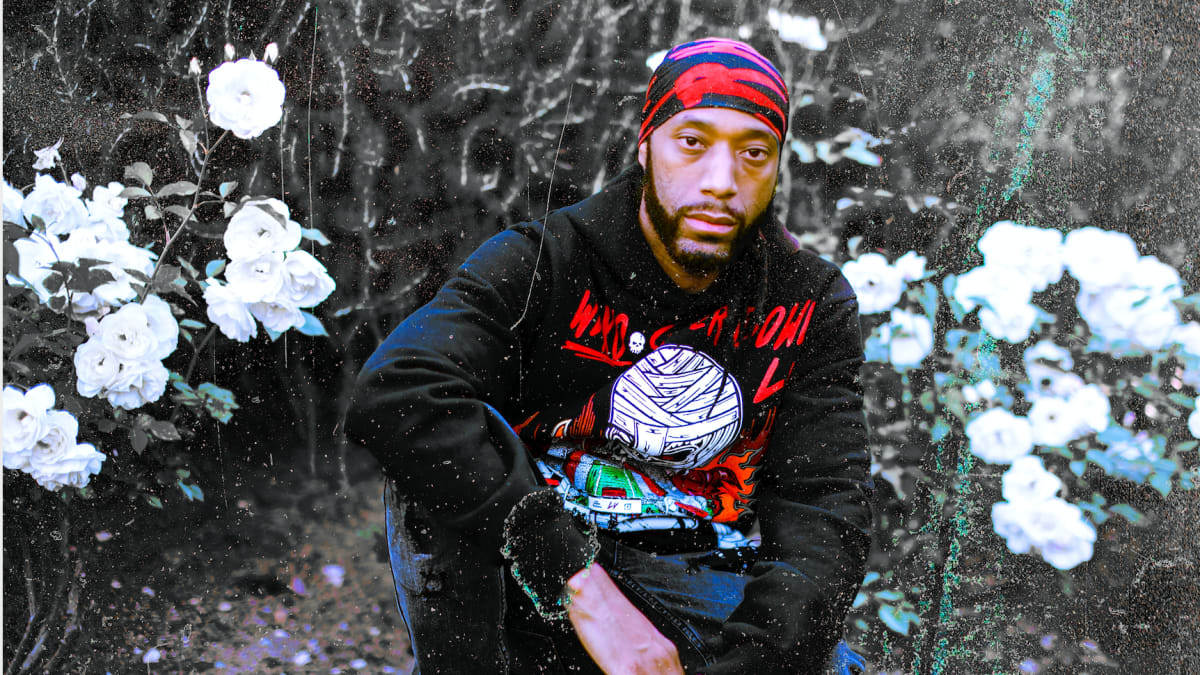 DOPEST: Why did you specifically choose to make "Acquainted" into an NFT?

"I wanted to give something back to the community. And as an investor in the company, I felt like it was my duty to not only bring something to the fans who’s supported me by streaming the track, but to also put anotherblock on the map by bringing the biggest track as an NFT ever made."

DOPEST: Why is selling a song as an NFT beneficial for producers and musicians?

"Besides providing us with a new revenue stream, it gives us a chance to highlight the people behind the masterpieces. I believe it puts creators in a position to understand the true meaning of ownership and the real value, that goes beyond a multiple set by a catalog investor. The value of music should be determined by the people listening."

DOPEST: How did you first find out about NFT’s and anotherblock?

I’ve been the space for quite some time now, acquiring NFTs of all sorts. With anotherblock it’s different, as it’s real-world ownership and not speculative, that you might consider for example JPEGs to be. I got in contact with anotherblock through my good friend Eddie Matthew that introduced me to the Co-founder and CEO, Michel D Traoré. Now we’re all on this beautiful journey together, trying to reshape the industry for both creatives and fans.

DOPEST: Do you own any NFT that is extra exciting for you?

I used to be excited about the NFTs I had, until I realized that I can create my own and share with everyone. It’s like sentiment stock, that isn’t volatile or based on purely hype. It has a real underlying value. During the crypto crash, all the stuff I owned just wasn’t worth as much. Would I have owned something like this then, it would still be the asset it is today - as good music always keeps its value. It’s the gift that keeps on giving.

DOPEST: How do you think NFTs will affect streaming services in the future?

What I’m hoping is that it will help boost streaming revenue for all creators behind the music, not only the artists performing on the tracks but also the team they put together to create the song. It helps to put present streaming companies in a place to understand the real value of music. Because now fans actually get to have a say in what it’s worth. Both emotionally but also financially. The music industry was not built by creators, it was built by businessmen. Finally, we get a chance to shift that balance, putting power in the hands of fans.

As a producer and sound engineer, I’ve tackled a lot of software and tech throughout the years. It was a natural transition. With all the other benefits that comes with the tech, it was a no brainer to get on it early and to combine it with what I love the most.

DOPEST: How come you started making music with The Weeknd?

DOPEST: What was the biggest difference when making Kiss Land and Beauty Behind The Madness?

I feel like Kiss Land was more of a body of work, where me, Abel (The Weeknd), Daheala and Belly, were free from creative restraint and were able to express ourselves to an creative extent. You could say Beauty Behind The Madness, was our real introduction to working with the industry. Both very teachable processes.

DOPEST: In an old tweet from 2013 you wrote that the piano in ”The Town” was a mistake - tell me more about that.

We were in a free state of creation and I think the mentality of me 9 years ago, to label it as a ”mistake”, was my way of saying that beautiful things happen when you create an atmosphere of creative freedom. Daheala, walking into that room at that time and just beating on a piano randomly, sounded to him like something random, but to us it was beautiful. Haha nothing like Daheala after a couple of drinks…

DOPEST: You also said that ”Tears in the rain” is the most complex song on the album. Why is that?

The song was a combination of a lot of sonic changes in combination with Abels vocals. Not to mention the song being 7 minutes and 24 seconds, haha. It took a lot out of me to finish that song and it also happened to be the last song on that project. Prior to this song, I’ve never had to compose and arrange that many instrumentations. I could go on more in depth, but I think that this gives room for imagination. Producers will surely relate.

DOPEST: We’re a Swedish magazine with focus on hiphop and RnB. Do you know of any Swedish artists or producers?

Sweden is obviously a country that has fostered a lot of great talent and contributed immensely to the music industry. But I have to say that Straynané is one of the coolest producers coming out of Sweden now, and I’m excited to follow his journey through the coming years.